In Memory of Christina T. Webber 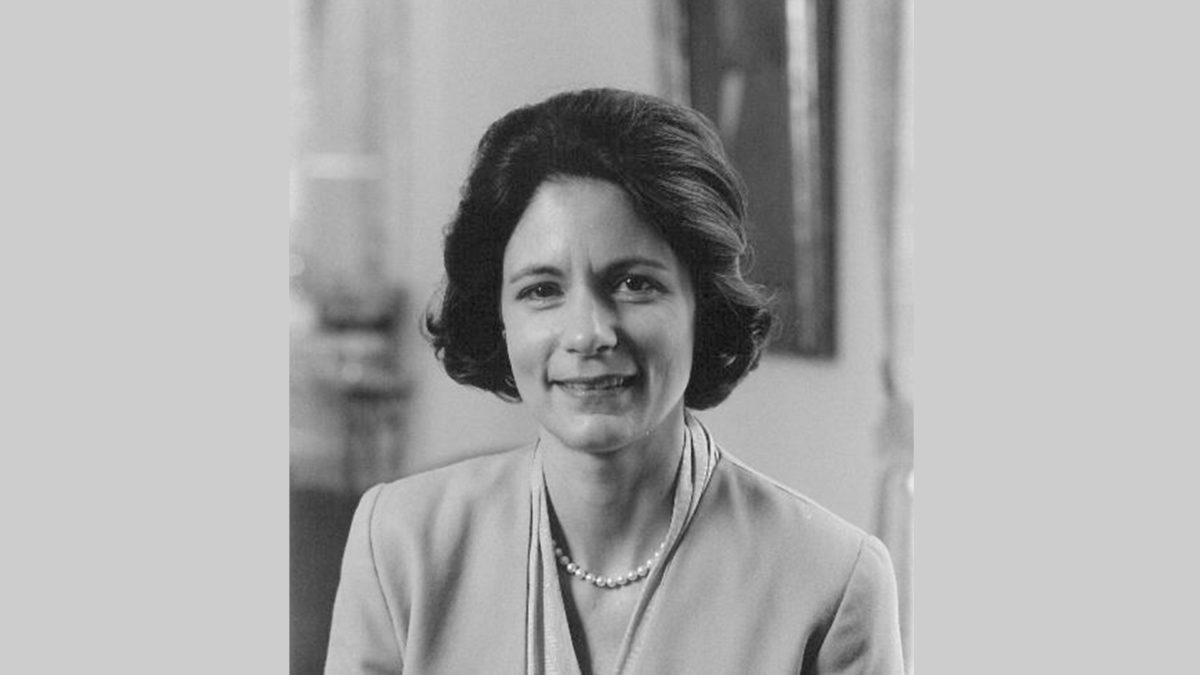 In 1983 Christina Thometz Webber arrived at The Philadelphia Contributionship from the world of investment banking ostensibly to take on the role of product manager for a new offering, perpetual homeowners insurance. She very quickly took on a senior leadership role in the company serving as senior vice president. It was a time of change for The Philadelphia Contributionship as the company began offering condominium insurance, expanded into New Jersey and began its acquisition of Germantown Insurance Company.

Focus on agents intensified but the Company also expanded into direct sales with the creation of the Franklin Agency.

Chris balanced home and family life taking great joy in her two sons, Edward and Bentley, brought to work on this chilly Saturday in 1988 as some employees gathered to watch the installation of the HVAC systems on the roof of the annex to 210 (208) S Fourth Street – building of this was done in conjunction with the Center for Judaic Studies. Architect George Batchelor worked to seamlessly integrate the building of the two sites. The Contributionship which had occupied 210 S. Fourth Street since the early 1980s found itself in need of more space as employees from Germantown Insurance Company (acquired in 1986) would be moving onsite.

It was Chris who worked most closely with the home security business, then known as PC Security and later Vector Security serving as president and later chairman. During Chris’s long tenure with The Philadelphia Contributionship and its subsidiaries, Vector Security grew into the leader in its field that is today

Upon Mickey Lloyd’s retirement in 1995 Chris served as Acting President of The Philadelphia Contributionship until the Board appointed her to the position of President & CEO in June 1996. She was appointed to the Board of Directors in 1999.

Dedicated to the history of the company, Chris pushed The Philadelphia Contributionship in 2003 to create a digital archives site, an ambitious project that scanned the company’s early minutes (1752-1842), and extant surveys from 1752-1906 (approximately 14,000 entries), wishing she could take it even further.

She oversaw the Company’s 250th anniversary celebration with a wonderful party for policyholders and guests with period craftsmen, music, dancing and food, an updated history of the company, and the commissioning of special wax engravings of Franklin as special gifts.

The Company also sponsored that year’s Celebration! of Benjamin Franklin, Founder, honoring John Bogle, founder of Vanguard, and Fire Commissioner Harold Hairston in a tribute to firefighters following the aftermath of 9/11.

Chris worked to build morale for employees, holding spontaneous hoagie days, hosting a company picnic at her home in the late 1990s with swimming and volleyball, instituted a take your child to work day and held impromptu contests such as the one to rename a new system and reimbursed tickets to the Franklin 300 show at the Constitution Center for employees. She had empathy for the less fortunate serving as a board member for Project H.O.M.E. and leading company efforts in rehabbing homes through Rebuilding Together a non-profit organization that the Company partnered with to help rehab and repair homes of low-income residents.

A long-time cancer survivor Chris was driven to excel and determined to succeed in conquering this as she had so many other issues that she faced, but it also gave her the ability to be compassionate towards others in less fortunate situations. She retired from The Philadelphia Contributionship at the end of 2006 but remained on the Board of Directors of The Philadelphia Contributionship and as chairman of Vector. She died on February 8, 2020.

As the first woman to hold the position of CEO of The Philadelphia Contributionship, an organization with which she was affiliated for more than half her life, her influence will be felt for years to come.